The NYBG winter lecture series is a welcome shot in the arm in the middle of a seemingly unrelenting winter. I am always tempted by the interesting and varied speakers, often from outside the USA. The star turn last year was Tom Stuart Smith, Garden designer and winner of many Gold medals at the Chelsea Flower Show.

This year it was Kim Wilkie, who lured me to face I-95 during the rush hour. Again, he is British, but his specialty (in his own words), is working with mud. He sculpts huge landforms out of clay and chalk, and clothes them with grass. Enchantingly, these are not always closely mown, and certainly not irrigated or fertilized as the English climate is “made for growing grass”. His talk illustrated several of his best know projects such as the ‘ Orpheus landform’ , in which he matched an 18th century truncated pyramid  mound with another that was inverted and based on harmonic proportions, in an historically sensitive landscape. 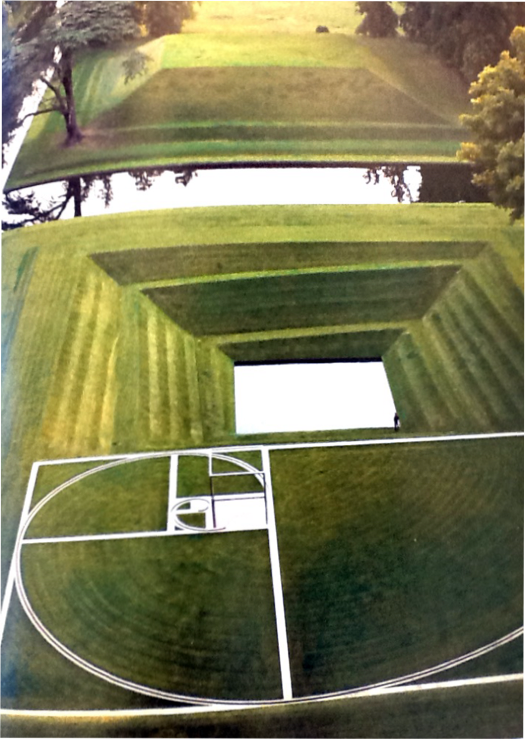 At another stately home in England, he replaced a cramped and poorly conceived Victorian parterre garden on the south side of an elegant Georgian house, with a 150 ft reflecting pool and a series of sweeping grass terraces. Again geometry played a part, with the design being based on the Golden Section spiral.

His talk illustrated his profound understanding and appreciation of the history and ecology of the land on which he works. His book Led by the Land (Frances Lincoln 2012) illustrates many fascinating projects including; a project in Solovki, on the edge of the Arctic circle in Russia, and another in the Transylvania region of Romania, preserving medieval villages and their landscapes.

He also works in small urban spaces, and illustrated his concepts in miniature at his house in Richmond in South London, where ribbons of snowdrops punctuate a foot of elevation of lawn before leading to a cobalt blue crushed glass parking space.

He spoke wisely on the contrasts between the historical foundations and philosophies of managing the land in the UK and USA, and how these differences are expressed in designing gardens and landscapes. He charmed us, with an English self deprecation, when describing the anxieties associated with construction of some of his projects. Many mounds have been created of out of necessity when faced with surplus soil. Many of the houses and landscapes he has worked with have strong historical associations but his earthworks and landforms bring a contemporary feel.

Wilkie has inspired me to be bolder with my approach to sculpting the earth and has already caused me to rethink a design for a client. I recommend his book and website